They are involved in cellular metabolism, formation of skeletal structures, maintenance of colloidal systems, regulation of acid-base equilibrium and other physiological functions. They are important components of hormones and enzymes, and serve as cofactors and/or activators of a variety of enzymes

This is a mineral that is found in food and the environment. People take boron supplements as medicine. Boron is a vital trace mineral that is required for the normal growth and health of the body. Many dangerous conditions like arthritis and osteoporosis are naturally managed by boron, and it helps to reduce menopausal symptoms. Boron is also used for building strong bones, treating osteoarthritis, as an aid for building muscles and increasing testosterone levels, and for improving thinking skills and muscle coordination. In more than 95% of cases, significant improvement was noticed by effectively increasing calcium integration into the cartilage and bone. Women sometimes use capsules containing boric acid, the most common form of boron, inside the vagina to treat yeast infections. People also apply boric acid to the skin as an astringent or to prevent infection; or use it as an eye wash.

It works with iron to help the body form red blood cells. It also helps keep the blood vessels, nerves, immune system, and bones healthy. Copper also aids in iron absorption. Copper combines with certain proteins to produce enzymes that act as catalysts to help several body functions. Some help provide energy required by biochemical reactions. Others are involved in the transformation of melanin for pigmentation of the skin and still others help to form cross-links in collagen and elastin and thereby maintain and repair connective tissues. This is especially important for the heart and arteries.  Copper is an essential trace element that is vital to the health of all living things (humans, plants, animals, and microorganisms). In humans, copper is essential to the proper functioning of organs and metabolic processes. The human body has complex homeostatic mechanisms which attempt to ensure a constant supply of available copper, while eliminating excess copper whenever this occurs. Copper is one of a relatively small group of metallic elements which are essential to human health. These elements, along with amino and fatty acids as well as vitamins, are required for normal metabolic processes.

Chromium is a metallic element that humans require in very small amounts for normal body functions, such as digesting food. Chromium exists in many natural foods including brewer’s yeast, meats, potatoes (especially the skins), cheeses, molasses, spices, whole-grain breads and cereals, and fresh fruits and vegetables. It is an essential part of metabolic processes that regulate blood sugar, and helps insulin transport glucose into cells, where it can be used for energy. Chromium also appears to be involved in the metabolism of carbohydrate, fat, and protein.

Fluorine is critical to mammals in trace amounts. It strengthens the crystalline structure of bones and teeth, making them far less prone to breakage or decay. Most municipalities add fluorine salts to their water supply for this purpose.

A versatile, health-giving substance that is found in high concentration in numerous medicinal plants. This remarkable nutrient is an oxygen catalyst, antioxidant, electro-­stimulant and immune enhancer. Nutritionally, the natural element germanium has been known to aid in the prevention of cancer and AIDS. Certain compounds of germanium have toxic effects against certain bacteria. In its organic form, germanium is being hailed as one of the greatest new developments in the nutritional treatment of cancer.

Organic germanium is a biological-response modifier. This means it enables the body to change its response to tumors, which has therapeutic benefits. Germanium does not directly attack cancer cells, but stimulates the body’s immune system, making it effective in the treatment of cancer as well as other degenerative diseases.

Germanium facilitates the movement of oxygen across cellular membranes to deliver oxygen into the cells. Dr. Otto Warburg, Nobel prize-winning cancer researcher, discovered that cancer cells do not metabolize oxygen properly. Flooding cells with oxygen may retard the growth of cancer cells or even help return them to normal.

A study published in the Journal of Interferon Research, concluded “…organic germanium restores the normal function of T-cells, B-lymphocytes, natural killer cell activity, and the numbers of antibody-forming cells…. Organic germanium has unique physiological activities without any significant side effects.”

Iodine is a non-metallic mineral which humans require in trace amounts for proper development and growth. It exists in most soils, and is taken up by plants which are in turn ingested by humans and animals. Most of the body’s stores of iodine are in the thyroid gland. The body needs iodine to make thyroid hormones. These hormones control the body’s metabolism and many other important functions. The body needs thyroid hormones for proper bone and brain development during pregnancy and infancy. Getting enough iodine is important for everyone, especially infants and women who are pregnant. Iodine also regulates all key metabolic functions including blood cell production and nerve and muscle function. Because our body heat is primarily derived from muscle metabolism, these hormones also regulate body temperature. Iodine is also extremely important for breast and prostate health.

Iron is a relatively common element in the universe, being found in stars and meteorites. Iron is an important component of hemoglobin, the substance in red blood cells that carries oxygen from your lungs to transport it throughout your body. Hemoglobin represents about two-thirds of the body’s iron. If you don’t have enough iron, your body can’t make enough healthy oxygen-carrying red blood cells. A lack of red blood cells is called iron deficiency anemia. Without healthy red blood cells, your body can’t get enough oxygen. “If you’re not getting sufficient oxygen in the body, you’re going to become fatigued.”

The symptoms of moderate to severe iron deficiency anemia include:

The mineral known for its efficacy against bipolar disorder, has become one of the most effective go-to for mental health. What many do not know, however, is that lithium offers a host of other lesser-known benefits, many of which go far beyond brain health.

Manganese helps the body form connective tissue, bones, blood clotting factors, and sex hormones. It also plays a role in fat and carbohydrate metabolism, calcium absorption, and blood sugar regulation. Manganese is also necessary for normal brain and nerve function. Manganese is a component of the antioxidant enzyme superoxide dismutase (SOD), which helps fight free radicals. Free radicals occur naturally in the body but can damage cell membranes and DNA. They may play a role in aging, as well as the development of several health conditions, including heart disease and cancer. Antioxidants, such as SOD, can help neutralize free radicals and reduce or even help prevent some of the damage they cause. Low levels of manganese in the body can contribute to infertility, bone malformation, weakness, and seizures. It is easy to get enough manganese in your diet — this nutrient is found in whole grains, nuts, and seeds.

Molybdenum is classified as a metallic element and found widely in nature in nitrogen-fixing bacteria. Molybdenum is essential in trace amounts. In humans and animals, molybdenum serves mainly as an essential cofactor of enzymes and aids in the metabolism of fats and carbohydrates. Humans need only very small amounts of molybdenum, which are easily attained through a healthy diet. Molybdenum in humans is to act as a catalyst for enzymes and to help facilitate the breakdown of certain amino acids in the body. Molybdenum combines with sulfite oxidase to catalyze sulfur-containing amino acids that are crucial for human health. Also, molybdenum is abundant in human tooth enamel and may have a role in lowering the risk of tooth decay.

Selenium can play a protective role in the body because it increases antioxidant capabilities and the quality of blood flow, therefore enhancing the body’s resistance against diseases and stress. Selenium is often praised for its role in antioxidant activity which lowers free radical damage and inflammation. This means that selenium benefits your body by helping to prevent common forms of cancer, to fight off viruses, defend against heart disease, and to slow down symptoms correlated with other serious conditions like asthma.

Selenium is also an essential trace mineral important for cognitive function, a healthy immune system and fertility for both men and women.
A study out of the Netherlands has linked selenium intake to a lower risk of prostate cancer.

Silicon is known as a beautifying mineral and there are also many health benefits associated with it. It not only causes the strengthening of connective tissues and bones, but is also useful in taking care of nails, hair and skin. The health benefits of silicon also play a vital role in the prevention of atherosclerosis, insomnia, skin disorders and tuberculosis.

Silicon is the second most available element found in the earth’s crust, and it is one of the most important elements used in high tech devices and semiconductors. Silicon is a vital trace mineral required by the body for strong and flexible joints, glowing skin and stronger bones.

Zinc is a metal. It is called an “essential trace element” because very small amounts of zinc are necessary for human health. Zinc is used for treatment and prevention of zinc deficiency and its consequences, including stunted growth and acute diarrhea in children, and slow wound healing. Zinc is needed in small amounts every day to maintain health and perform important functions each day. Zinc helps with hormone production, growth and repairment; improves immunity and facilitates digestion. Zinc benefits also include its ability to act as an anti-inflammatory agent, therefore zinc may have significant therapeutic benefits for several common, chronic diseases like fighting cancer or reversing heart disease. Zinc is present within all bodily tissue and needed for healthy cell division. It acts like an antioxidant within the body, fighting free-radical damage and slow the aging process. Zinc also has a big impact on hormonal balance, so for this reason, even a small zinc deficiency can result in an increased risk for infertility or diabetes. 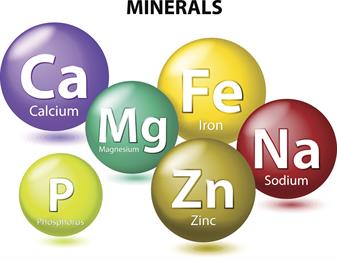