The immune system has a vital role: It protects your body from harmful substances, germs and cell changes that could make you ill. It is made up of various organs, cells and proteins. As long as your immune system is running smoothly, you don't notice that it's there.

Adenoids are made of similar tissue and are part of the immune system. Like tonsils, adenoids help to defend the body from infection. They trap bacteria and viruses which you breathe in through your nose. They contain cells and antibodies of the immune system to help prevent throat and lung infections.

Bone marrow is the spongy tissue inside some of your bones. It contains stem cells. The stem cells can develop into the red blood cells that carry oxygen through your body, the white blood cells that fight infections, and the platelets that help with blood clotting.

This is a monomeric antibody isotype that is expressed in the plasma membranes of immature B-lymphocytes. IgD is also produced in a secreted form that is found in small amounts in blood serum. Secreted IgD is made up of two heavy chains of the delta class, and two light chains. IgD’s function is to signal the B cells to be activated. By being activated, they are ready to take part in the defense of the body in the immune system. During B-cell differentiation, IgM is the exclusive isotype expressed by immature B cells. IgD starts to be expressed when the B-cell exits the bone marrow to populate peripheral lymphoid tissues. When a B-cell reaches its mature state, it co-expresses both IgM and IgD.

This is one of the five subclasses of antibodies. Antibodies are proteins made by the immune system that attack antigens, such as bacteria, viruses, and allergens. IgE antibodies are found in the lungs, skin, and mucous membranes. IgE’s main function is immunity to parasites such as helminths like Schistosoma mansoni, Trichinella spiralis, and Fasciola hepatica. IgE is utilized during immune defense against certain protozoan parasites such as Plasmodium falciparum. IgE food allergies cause the release of histamine, producing an immediate hypersensitivity reaction, in which symptoms appear within minutes or hours. Prick skin tests can be used to identify specific IgE sensitization.

This is a type of antibody. Each IgG has two antigen binding sites. Representing approximately 75% of serum antibodies in humans, IgG is the most common type of antibody found in the circulation. IgG molecules are created and released by plasma B cells. Antibodies are major components of humoral immunity. IgG is the main type of antibody found in blood and extracellular fluid allowing it to control infection of body tissues. By binding many kinds of pathogens such as viruses, bacteria, and fungi, IgG protects the body from infection. IgG (immunoglobulin G) testing is a useful guide for structuring elimination diets in many chronic conditions. Individuals with neurological, gastrointestinal, and movement disorders often suffer from IgG food allergies. These people may continue to eat offending foods unaware of their potential effects.

THE BENEFITS OF TESTING

This is a basic antibody that is produced by B cells. IgM is by far the physically largest antibody in the human circulatory system. It is the first antibody to appear in response to initial exposure to an antigen. IgM is a polymer, where multiple immunoglobulins are linked together by strong covalent bonds known as disulfide bonds.

The liver is a large, meaty organ that sits on the right side of the belly. The liver also detoxifies chemicals and metabolizes drugs. As it does so, the liver secretes bile that ends up back in the intestines. The liver also makes proteins important for blood clotting and other functions.

Lymph nodes are small, bean-shaped glands throughout the body. They are part of the lymph system, which carries fluid (lymph fluid), nutrients, and waste material between the body tissues and the bloodstream. The lymph system is an important part of the immune system, the body’s defense system against disease.

These are thin-walled, valved structures that carry lymph. As part of the lymphatic system, lymph vessels are complementary to the cardiovascular system. Lymph vessels are lined by endothelial cells, and have a thin layer of smooth muscles, and adventitia that bind the lymph vessels to the surrounding tissue. Lymph vessels are devoted to propulsion of the lymph from the lymph capillaries, which are mainly concerned with absorption of interstitial fluid from the tissues. Lymphatic capillaries are designed to pick up the fluid that leaks into your tissues from your bloodstream and return it to your circulatory system.

This is a membrane that lines various cavities in the body and surrounds internal organs. It consists of one or more layers of epithelial cells overlying a layer of loose connective tissue. It is Having to do with a mucous membrane. For example, the oral mucosa.

They are organized lymphoid follicles, named after the 17th-century Swiss anatomist Johann Conrad Peyer. They are an important part of gut associated lymphoid tissue usually found in humans in the lowest portion of the small intestine. Because the lumen of the gastrointestinal tract is exposed to the external environment, much of it is populated with potentially pathogenic microorganisms. Peyer’s patches thus establish their importance in the immune surveillance of the intestinal lumen and in facilitating the generation of the immune response within the mucosa. Pathogenic microorganisms and other antigens entering the intestinal tract encounter macrophages, dendritic cells, B-lymphocytes, and T-lymphocytes found in Peyer’s patches and other sites of gut-associated lymphoid tissue (GALT). Peyer’s patches thus act for the gastrointestinal system much as the tonsils act for the respiratory system, trapping foreign particles, surveilling them, and destroying them.

The spleen is the largest lymphatic organ in the body. The spleen also filters blood, serves as a major reservoir for blood, and destroys blood cells that are aged.

The thymus, despite containing glandular tissue and producing several hormones, is much more closely associated with the immune system than with the endocrine system. The thymus serves a vital role in the training and development of T-lymphocytes or T cells, an extremely important type of white blood cell. T cells defend the body from potentially deadly pathogens such as bacteria, viruses, and fungi. The function of the thymus is to receive immature T cells that are produced in the red bone marrow and train them into functional, mature T cells that attack only foreign cells. T cells first reside within the cortex of the thymus where they come in contact with epithelial cells presenting various antigens. The immature T cells that respond to the antigens corresponding to foreign cells are selected to survive, mature, and migrate to the medulla while the rest die via apoptosis and are cleaned up by macrophages. This process is known as positive selection. 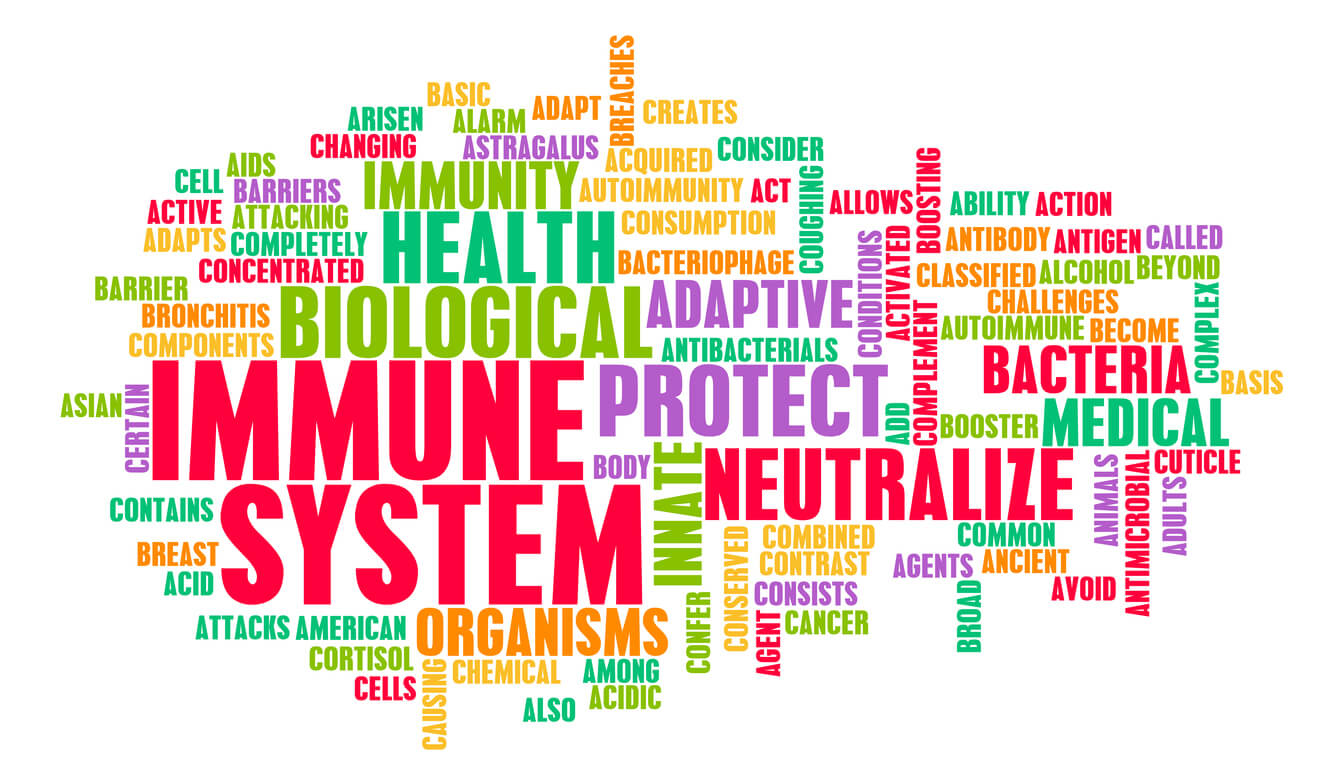