It is the uptake of water, electrolytes such as sodium, amino acids, and some drugs by the mucosa of the large bowel.     Source

This is the absorption of water, alcohol, and some salts through the gastric mucosa.     Source

Hydrochloric acid constitutes the majority of gastric acid, the human digestive fluid. In a complex process and at a large energetic burden, it is secreted by parietal cells (also known as oxyntic cells). These cells contain an extensive secretory network (called canaliculi) from which the HCl is secreted into the lumen of the stomach. They are part of the epithelial fundic glands (also known as oxyntic glands) in the stomach. The chemical compound hydrochloric acid is the aqueous (water-based) solution of hydrogen chloride gas (HCl).     Source

The normal bacteria (flora) of the gut, perform important functions, helping to digest certain vitamins like folic acid and vitamin K, and they protect the intestine from being invaded by disease causing bacteria. However, if the normal function of the intestine is compromised, bacterial overgrowth may occur. This may be the result of a lack of adequate stomach acid, damage to the intestine by toxins like alcohol, or a decrease in the speed at which the small intestine transfers material to the colon.     Source

Pepsin is an enzyme that breaks down proteins into smaller peptides (that is, a protease). It is produced in the stomach and is one of the main digestive enzymes in the digestive systems of humans and many other animals, where it helps digest the proteins in food. Pepsin has a three dimensional structure, of which one or more polypeptide chains twist and fold, bringing together a small number of amino acids to form the active site, or the location on the enzyme where the substrate binds and the reaction takes place. Pepsin is an aspartic protease, using a catalytic aspartate in its active site.

It is one of three principal proteases in the human digestive system, the other two being chymotrypsin and trypsin. During the process of digestion, these enzymes, each of which is specialized in severing links between particular types of amino acids, collaborate to break down dietary proteins into their components, i.e., peptides and amino acids, which can be readily absorbed by the small intestine. Pepsin is most efficient in cleaving peptide bonds between hydrophobic and preferably aromatic amino acids such as phenylalanine, tryptophan, and tyrosine.     Source

Once processed and digested by the stomach, the milky chyme is squeezed through the pyloric sphincter into the small intestine. Once past the stomach, a typical peristaltic wave only lasts for a few seconds, travelling at only a few centimeters per second. Its primary purpose is to mix the chyme in the intestine rather than to move it forward in the intestine. Through this process of mixing and continued digestion and absorption of nutrients, the chyme gradually works its way through the small intestine to the large intestine.     Source 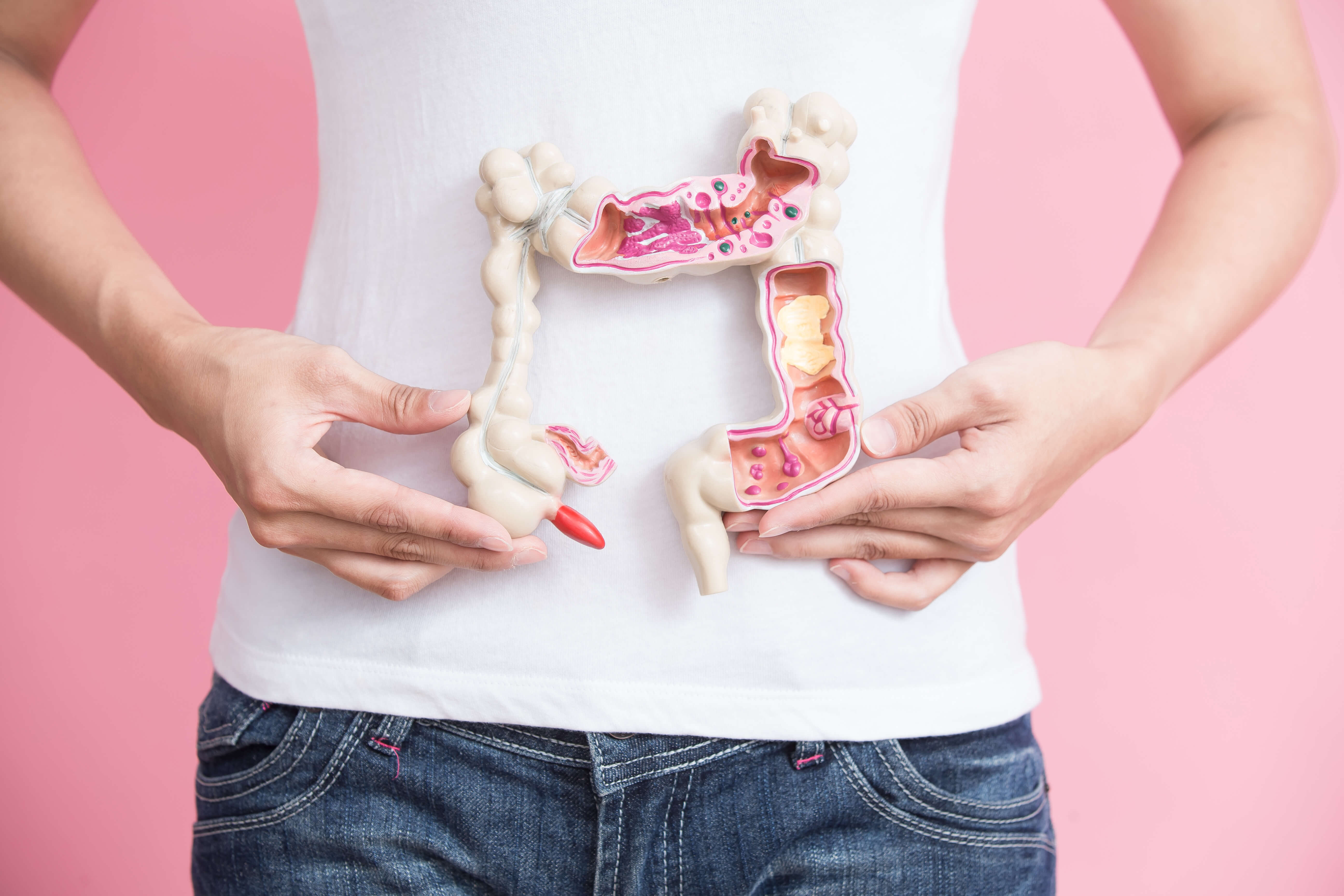 This is a prolonged or exaggerated stress response could perpetuate cortisol dysfunction, widespread inflammation, and pain. Cortisol dysfunction correlates with adrenal dysfunction as cortisol is secreted by the adrenal glands in response to stress. Cortisol dysfunction can lead to the following: weight gain and obesity, gastrointestinal distress, immune system suppression, cardiovascular disease, and fertility problems. It can also affect thyroid function, insomnia, chronic fatigue syndrome, dementia, depression and other problems. Exaggerated psychological responses as a result of perceiving potential stressors as threatening may worsen cortisol secretion by facilitating fear-based activation of the amygdala.

A cytokine is a small protein released by cells that has a specific effect on the interactions between cells and on communications between cells. Clinical and experimental studies indicate that stress and depression are associated with the up-regulation of the immune system, including increased production of pro-inflammatory cytokines. Pro-inflammatory cytokines are implicated in many conditions including psoriasis, Chronic Fatigue Syndrome, Lyme, nerve pain, migraines, etc. Excess cytokines contribute to elevated C-reactive protein in the body.

This is a glycoprotien in vertebrates that helps in the formation of blood clots.

This highly sensitive C-reactive protein (CRP) is produced by the liver. The level of CRP rises when there is inflammation throughout the body. It is one of a group of proteins called “acute phase reactants” that go up in response to inflammation. Both CRP and hs-CRP become elevated in a wide range of acute and chronic inflammatory conditions such as infections, rheumatic arthritis, many other inflammatory diseases, and many cancers. These conditions cause release of interleukin-6 and other cytokines that trigger the synthesis of CRP by the liver. Because there are many disparate conditions that can increase CRP and hs-CRP, an elevated CRP level does not indicate a specific disease although in blood tests it is used to predict risk for future heart disease.

As a general marker of overall health status, few tests carry greater predictive weight than homocysteine. The amount of homocysteine in your blood is one of the best objective indicators of how healthy you are and how long you are going to live. having high homocysteine over the long term significantly increases your risk of every chronic health condition that we know of, including many varieties of cancer.

A high blood level of homocysteine is a reliable risk factor for each of the following:

High blood level of homocysteine hurts your health in the following ways:

This is essential for us to properly function and fight off invading toxins. When histamine accumulates faster than we can break it down, it triggers inflammation in patterns of histamine intolerance unique to each person and episode. Histamine can manifest with less obvious symptoms like headaches, foggy thinking, diarrhea, arrhythmia, sinus congestion, or itchy skin appearing within minutes or even several hours after exposure. Extreme histamine levels can trigger breathing difficulty and swelling called anaphylaxis.

This (Lipoprotein-associated phospholipase A2) is used as a marker for cardiac disease. It is an enzyme produced byinflammatory cells and hydrolyzes oxidized phospholipids in LDL. Elevations of this enzyme indicate serious inflammation in artery walls that can be dangerous when blood pressure is also high.

This is an enzyme made by white blood cells. High levels are a sign of surface inflammation of the artery wall. High levels are associated with future risk of coronary artery disease, heart failure, heart attack, and stroke in healthy individuals. Myeloperoxidaze deficiency is a hereditary deficiency of the enzyme, which predisposes to immune deficiency.

This is a protein complex that controls transcription of DNA, cytokine production and cell survival. NF-κB is found in almost all animal cell types and is involved in cellular responses to stimuli such as stress,cytokines, free radicals, heavy metals, ultraviolet irradiation, oxidized LDL, and bacterial or viral antigens. NF-κB plays a key role in regulating the immune response to infection (κlight chains are critical components of immunoglobulins). Incorrect regulation of NF-κB has been linked to cancer, inflammatory and autoimmune diseases, septic shock, viral infection, and improper immune development. NF-κB has also been implicated in processes ofsynaptic plastisity and memory.

This is a mixture of anti-inflammatory peptides secreted by fat cells, helps regulate energy balance and the metabolism of sugars and fats, as well as increasing insulin sensitivity. Adiponectin is a protein produced by body fat that protects against insulin resistance and inflammation. Adiponectin levels are low in those who are overweight. If you have low adiponectin levels you are at greater risk for diabetes and heart disease.

This is a small molecule produced by the liver during energy production, especially when the body is under stress. High levels of a-HB are an early indicator of insulin resistance and may signal increased risk of prediabetes and diabetes.

This is a protein that binds iron and transports it through the bloodstream. Very high levels can indicate problems with your body’s ability to store iron. Increased ferritin levels can also occur when insulin resistance and/or inflammation are present in the body, indicating increased risk for heart disease and diabetes.

Elevated FFA level can impair your body’s response to insulin and cause your blood glucose levels to rise. Higher FFA levels are a precursor to insulin resistance.

This is a peptide hormone produced in the stomach that signals the hypothalamus to stimulate appetite and food intake. It is able to modify glucose and insulin metabolism, blood pressure levels, adipogenesis and inflammatory processes. Stress and inconsistent eating patterns cause and overproduction of ghrelin and result in digestive issues. When ghrelin levels stay high people overeat and eat snacks contributing to weight gain.

This stands for Homeostatic Model Assessment of Insulin Resistance. The meaningful part of the acronym is “insulin resistance”. It marks for both the presence and extent of any insulin resistance that you might currently express. It is a terrific way to reveal the dynamic between your baseline (fasting) blood sugar and the responsive hormone insulin.

This is secreted by fat cells. It is supposed to notify the brain when enough food has been eaten to keep energy levels high, and stimulate appetite to turn off. Leptin levels decrease when people go on calorie restricted diets which signals the brain to bump up appetite and decrease metabolism to conserve energy. Once calorie intake is increased the body still believes it is starving with its fat stores too low and will protectively pack the fat away, especially in the midsection. Eating several small meals throughout the day keeps insulin and leptin levels elevated which then creates leptin resistance in the hypothalamus and pancreas. This results in constant hunger and excess fat storage.
Leptin/BMI Ratio

Lower leptin levels, when adjusted by BMI, are associated with an increased overall mortality and leptin/BMI ratio has high negative predictive value for mortality at 2 years.

Low levels are a marker of insulin resistance and glucose intolerance.

Oleic acid, or Omega-9, is a pale yellow, oily liquid with a lard-like odor. It is also a monounsaturated fatty acid. Fatty acids are the main components of food fats, oils and fat deposits in animals and man. Besides the work they do inside the body, monounsaturated fats like oleic acid are less susceptible to spoilage than some other fats, which makes them useful in food preservation.     Source 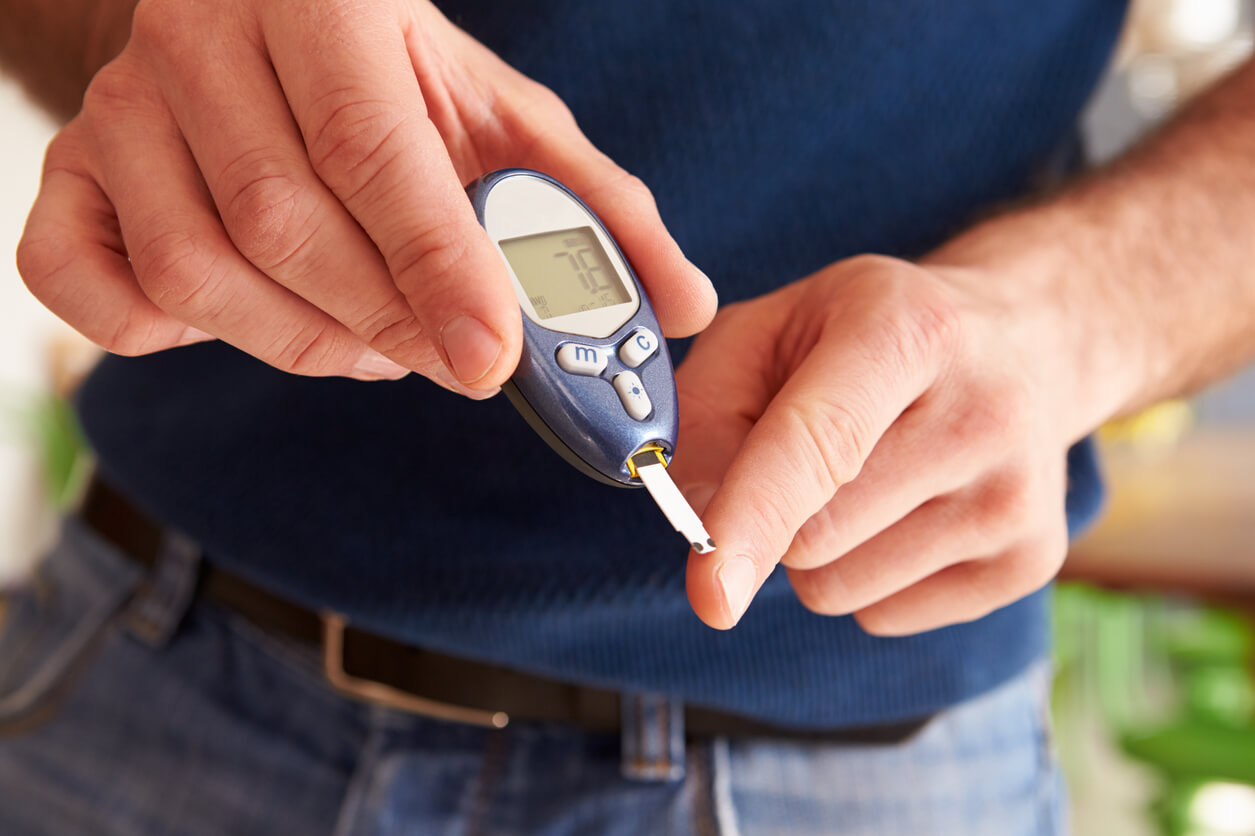 This is a type of antibody that is created when your beta cells are being attacked by your immune system.

This is a small protein that is released when insulin is created from proinsulin.

Insulin is created from a non-active form called proinsulin. High levels of proinsulin may be early signs of damage to your beta cells of the pancreas.

This is the ratio between proinsulin and c-peptide. 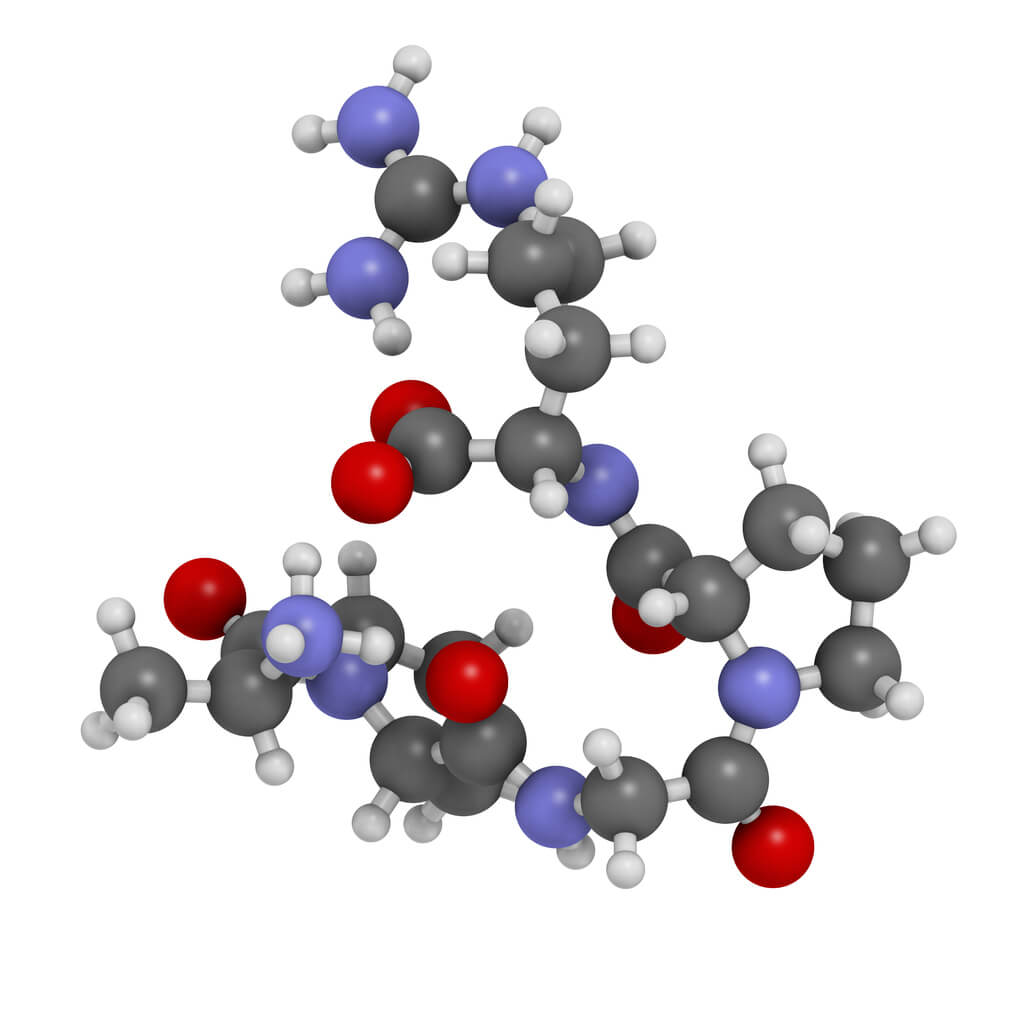 The excess glucose in the blood can lead to diabetes and may long term complications.

Fructosamines are compounds that result from glycation reactions between a sugar (such as fructose or glucose) and a primary amine, followed by isomerization via the Amadori rearrangement.

Glycation gap (GG) is defined as the difference between the measured level of HbA1c and the level that would be predicted from its regression on the fructosamine level. The aims of the study were: 1) To determine the reproducibility and consistency of GC; 2) To discover factors related to GG value.

Insulin is a hormone responsible for regulating blood glucose levels. High levels of insulin may indicate a problem with your body’s ability to control blood sugar.